Since I was old enough to drive, I have always taken road trips. It was not unusual for me even at the age of 17 to drive for five hours between my mom’s and my dad’s houses, either alone or with my younger brother in tow. I later went to college in San Diego eight hours away, and when I didn’t fly home for holiday breaks, I would drive overnight, alert as an owl, burning up the road north after going to class all day and working all evening. I’ve maintained this affinity for driving throughout my adult life, taking any opportunity possible to get behind the wheel. Unlike friends and acquaintances who prefer to snooze the miles away and let their partner do the driving, there is little tedious about driving to me; I love every minute, every technicality, the precision of every operational movement.

So when I decided to take my first real vacation since summer 2019 to see my family in California and celebrate my brother’s 40th birthday, and did not want to expose myself to airports and air travel during COVID-19, the idea of driving the 21+ hours and nearly 1,300 miles alone did not faze me. It actually sounded like a welcome chance to get away and clear my mind from what has been a difficult period for most people, and particularly for those juggling the pandemic against health challenges and demanding on-call work.

The day before I left Ciudad Juárez a week ago was a bit more of a clown show than I anticipated. But then, isn’t that usually the way it turns out when you’re trying to depart the office before annual leave?

What was supposed to be a quick afternoon external meeting followed by a return to the office to wrap up a few key tasks turned into getting stuck in El Paso with a right rear flat tire, a Good Samaritan putting on my spare, getting stuck in rush hour traffic on the wrong side of the border trying to get home to Juárez, having a mobile mechanic out to the house to put on a new tire we fortunately had in our garage, followed by staying up until midnight to finish things in the office and pack.

In the morning I was slow to rise and finish packing. For a little while I felt symptoms of exhaustion and vertigo. It was hard to imagine driving around the corner to the consulate, let alone the massive 751 miles to Henderson, Nevada that awaited me. It wasn’t just the day before weighing on me, but the last few months. As I got myself together and loaded up the car, my head cleared and I started to feel a sense of relief. Road trip! Vacation! Family! I just needed to put some miles behind me.

I ate some breakfast, said goodbye to V who was staying behind to work, and left Mexico for Texas hours later than I’d wanted to. “Nothing to declare today, right?” a familiar CBP officer asked me as I rolled up to the U.S. port of entry. A giant Superman piñata from Dulcería La Gota de Miel near the consulate took up the entire back seat of the Volkswagen, a heavy bag of dulces típicos lurking underneath. But – no produce, firearms, or live animals. “No sir,” I replied.

I had to pick up a prescription in El Paso that took forever (I’d tried the day before and been foiled), check my tire pressure because somehow my left front tire was now low, and wash Hilde, my usually-clean Volkswagen made filthy by a combination of recent flash rainstorms and Juárez mud. But finally I was ready to blow out of west Texas and really go west.

I entered the I-10 W onramp with a lingering sense of foreboding; something was going to go wrong on this trip, I just knew it. Was it my other stupid tire that was inexplicably losing several pounds of pressure an hour? The fact that my GPS indicated I would probably do the last three hours of the trip across the Nevada desert in the dark because I was late and disorganized (by my standards)? I didn’t know. But as I settled into the miles and crossed into New Mexico and then Arizona, things seemed to be all right.

I passed Las Cruces, and Tucson and Phoenix (where I hit my first real traffic jams), and listened to a bunch of classic rock hits, and 80s and 90s tunes.

In the late afternoon, I started to see signs for 8 West to San Diego – which I have not seen in a VERY long time – but I veered north. After sunset I crossed the Nevada state line and was heading through the warm night air towards Las Vegas.

A few times I kicked myself for locking myself into a non-refundable hotel reservation 12 hours away when there are pluses to just driving until you feel tired and then finding a place to rest for the night. The hotel I stayed at in Henderson was worth it, though, as I arrived tired and punchy and trying to explain why as an immunocompromised person I didn’t want bellman handling my baggage, or the valet inside my vehicle. Luckily in pandemic times these things require less explanation than ever before. And the service, the ambience, the comfort of this place were all exactly what I needed.

I enjoyed some healthy room service, a good night’s sleep, and a morning visit to the gym rather than the casino before I hit the road for the next 528 miles to my mom’s house that awaited.

Driving through Vegas I felt refreshed and determined. I checked my tires and they all seemed OK. I don’t know why the leaky one stopped leaking – maybe because I overinflated it? – but I was glad. I hadn’t driven from Vegas to Northern California since spring 2002, but I remembered that once you leave the city, it is pretty desolate for a few hundred miles and you have to plan your stops carefully. That memory seemed to hold up.

I drove hour after hour enjoying my solitude. I remember at one point not hardly seeing another car or living soul for an hour when I quite suddenly came upon a bunch of very calm, expressionless donkeys standing contentedly a safe distance from the roadside.

As I came closer to Reno, I could really smell the effects of the wildfires burning so much of the west. The CAL Fire reporting all season has been enough to scare the crap out of everyone who lives near a tree, not to mention the broader fire picture as reported by CNN and the National Interagency Fire Center (NIFC).

The last 90 minutes or so of the trip I had to wear a mask alone in my own car, and it had nothing to do with the virus! It was all due to the smoke, which was kind of crazy. But even though it was blurry and smoky, the Nevada-California state line is always a glorious sight to my eyes.

The smoke was so thick I could hardly see Donner Lake, but I knew it was there. My Virginia plates belied my “localness;” I navigated the twists and turns of I-80 with ease. Having to drive the winding and deer-filled Highway 20 down to Grass Valley in the pitch dark is not my favorite thing, but I was relieved when it finally dumped me out on the Golden Center freeway and I rolled up to my mom’s a short time later.

I have zero clue how many gazillion times I checked my tire pressure on this trip, or how much money I spent on gas. But I do know that in 36.5 hours I cleared around 25 cumulative hours of driving and drove exactly 1,279 miles. (Yes, I took before and after odometer photos.) And my tire held, and it feels very good indeed to be home.

← Nepenthe
It’s Not Over Yet → 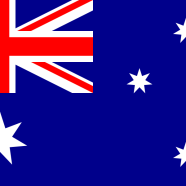