In the last 10 days, tremendous progress has been made towards our move to Mexico, which froze in time when the coronavirus pandemic lockdown started in March. First, U.S. Consulate General Ciudad Juárez transitioned from phase zero to phase one in what the Department calls the “Diplomacy Strong” framework, harking a continuous three-week decline in COVID-19 cases in Juárez and green-lighting moves for incoming officers. Second, we sought and received a packout date for later this month, freeing us to divide our possessions between air freight and car carry (since we are driving), and things we will finish, donate, or leave behind. These two key steps have unlocked all the tasks that we couldn’t do when we had no idea when we were leaving – post office change of address, purchasing a second car, planning our driving route and making reservations, and more.

Domestically, the Diplomacy Strong progress has mostly signaled a phased, but still minimal, return to physical presence at work. But for the thousands of diplomats moving this summer transfer season, your new post making it to phase one means just one thing: wrap up what you’re doing and prepare to hit the trail. Another Permanent Change of Station (PCS) move is upon you. And so at last it will be for us, while we are finally as close as we have been to clarity in months: barring something unforeseen, we will move to Mexico in late July. 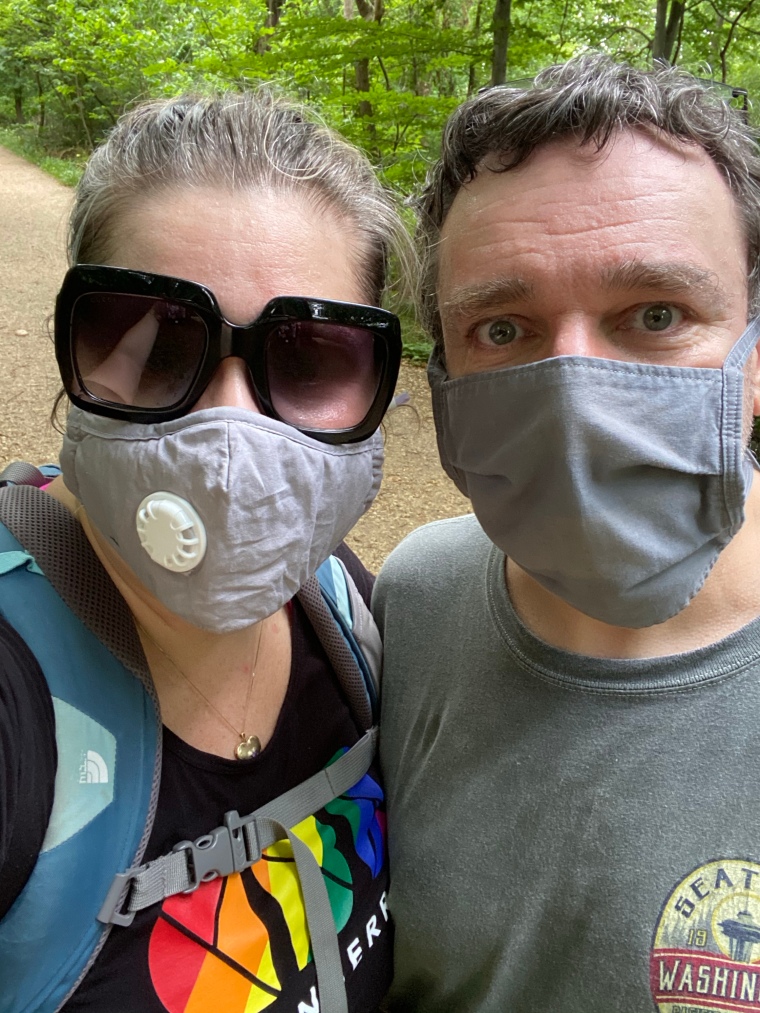 It feels really good to know when we are leaving because for the first time, we can actually make informed decisions. A couple of weeks ago I stood in Costco looking at peanut butter and thinking, If I buy this, will we be able to eat it before we go? I don’t think we can put food in the air freight for this post. Will the groceries we don’t finish before packout fit in the car? I’m tired of not having any peanut butter in the house! Repeat ad infinitum for wine, spices, laundry detergent (which we are running out of again), and pretty much everything else.

You know, the stuff Foreign Service Officers (FSOs) and military personnel stand in Costco thinking about while other shoppers who may never move house again go blissfully about their business. As much as all of these things won’t matter three years from now, they force you to be in the present and notice all the details with which you will be forced to contend and make decisions about.

And as much as I don’t want to complain about finally being able to move, it wouldn’t be PCS season if you weren’t hit with sudden and unnecessary ridiculousness that sucks up time, energy, and money.

Last Thursday I was walking along Highway 50 after dinner on the way to the Lyon Trail, and out of nowhere, tripped and fell on a slight downhill incline. I don’t know if I actually tripped, or if the sciatica and nerve damage in my left foot and leg made me step down funny without realizing it, or what exactly. It was the strangest feeling; one moment I was launching a new playlist and getting ready to cross an offramp, and the next I was feeling myself take a couple of running, stumbling steps and then falling hard on the sidewalk, rolling and ending up with my legs flying up in the air, hearing the clank of my metal Yeti water bottle rolling into the street. What? Just? Happened?

A couple of cars slowed down, but didn’t stop. Some people sitting on the grass at an apartment building nearby were luckily too far away for me to notice if they were laughing. I got up after the longest 15 seconds of disbelief and confusion, gathered my things and continued on my way, embarrassed. I slowly began self-assessing. Hands bleeding but only a little. Left knee scraped through my leggings, which fit so snugly I couldn’t pull up the leg to see what was underneath. Strings hanging off my sleeve. Phone screen shattered on my iPhone 11 Pro Max that I just got in January. Headphones snapped off in port. Yikes. And for some reason I walked more than another mile before I was fully aware that my left hand was so swollen it looked like I got stung by a swarm of bees. Oddly enough I thought I could just continue to get my 10K steps (I was only to 6K!), but finally was concerned enough to place an iPhone emergency call to V to come pick me up, since I could not unlock my phone.

The next day, Friday, was a federal holiday observed for the Fourth and I woke up with a hand so swollen and painful, even after hours of icing the night before, that I was pretty sure I had fractured something. I had a lot of aggravation driving around with a broken phone trying to find an urgent care that was open or a place that could repair my phone without the 8-day wait at Apple’s “Genius” Bar – not easy to do with no maps, no keypad, no texting, and no ability to call anyone requiring navigation through a touchtone menu. V found an orthopedic emergency clinic right in our neighborhood, and I was able to be seen and x-rayed within a couple of hours. Fortunately for me, nothing in my hand was broken.

The fall could have been catastrophic for me, ending in a broken arm, broken teeth, or even another spinal cord injury, so it was a good warning to me to pay more attention and not let this happen again. The last thing you need when you are trying to PCS is dumb stuff like this, and yet it happens with alarming regularity. Some colleagues of mine who just finished their tour in Canberra and returned to the States left a suitcase behind in a hotel, and had to rent a car in Sydney to go back and get it before their onward international flight. As I was reading about it on Facebook it made my skin crawl with dread, and yet they seemed to take it all in stride. What can do you? Even when you do everything with as much attention to detail as possible, something unexpected is still bound to happen.

The swelling continues to go down, and as my hand returns to normal, the world immediately around us is starting to return to a new normal, too. Virginia entered phase three on July 1, and this weekend I was able to get my hair colored and trimmed for the first time in almost four months. There was almost no one in there, and it was a very different experience than any salon visit I’d ever had before. But with the same great results!

The lighting doesn’t show the awesomeness of the honey highlights and copper lowlights, but I am happy with it. The difference is more stark than is evident, with all my roots and grays covered!

My rheumatologist asked me to shelter in place until phase three, and I complied completely. It was difficult, but I did it, and now I think as long as I continue taking serious precautions (masks, social distancing, hand washing, sanitizing surfaces, disinfecting keys, purse, shoes, etc. and changing clothes when entering the apartment, no Uber, not going into anyone’s house or personal space) we can start to venture out more – if and when it is necessary. We will still spend most of our time at home teleworking and preparing for the move, and the pre-packout survey with the moving company is going to be virtual.

Yesterday we test drove a car, something that would have been unthinkable even two weeks ago. We also ate our first meal out since March 15 (!!), sitting outside, wearing masks, at a disinfected table not near anyone. It was amazing. It also felt a little scary, as we have been disinfecting groceries, mail, and anything else we touch for months. V and I looked at each other as we first sat down. Should we touch the glasses? Napkins? Silverware? Can we use the bathroom? I walked so far out of the way to avoid other people sitting and eating that it probably looked odd. It all feels like trying to recover from some trauma. When we got home, we disinfected the car seats, steering wheel, doors, gearshift, etc., took showers, and put on clean clothes.

A lot of excitement

We aren’t out of the woods yet, with skyrocketing cases lying along our route to Mexico in the south and southwest and no vaccine in sight. People becoming complacent and letting their guards down on safety and hygiene measures is allowing the virus to continue finding hosts and perpetuating this illness. The essential nature of the virus has not changed, and does not care if you are bored, broke, lonely, over it, needing a holiday, or whatever else.

But we are slowly breaking the ice and facing the reality that we will have to find a way to be out of the apartment safely, and figure out how that looks for us, especially with this big move looming ahead of us.

Better late than never, we are moving to Mexico. In the next few weeks, I will be posting more about our preparations for departure and progress towards the new life that awaits us.