Last Friday afternoon, we paused a moment in the foyer of our home to say goodbye and thank it for the last two years. Even though it was empty of our belongings, it still didn’t feel quite like “just a house.” We’d drug all eight of our suitcases and carry-ons out to the driveway right before the taxi arrived, and now they were loaded. It was time to go. We left all the keys, alarm fobs, and garage door openers on the kitchen counter, locked the front door for the last time from the inside and pulled it shut. We had a flight to Sydney, and then a flight to Honolulu to catch. I was about to break my longest streak yet outside the U.S. – two years, four days.

The Canberra Airport, as always, was nearly empty, simple, and exceedingly pleasant. We were two hours early – absurd for conditions, but we weren’t taking any chances. We also wanted to get rid of our four heavy checked suitcases ASAP. We ate some noodles, strolled around, and charged our phones. Finally it was time to board.

The plane was pretty small, rows of two only, and all wheely bags had to be gate-checked. 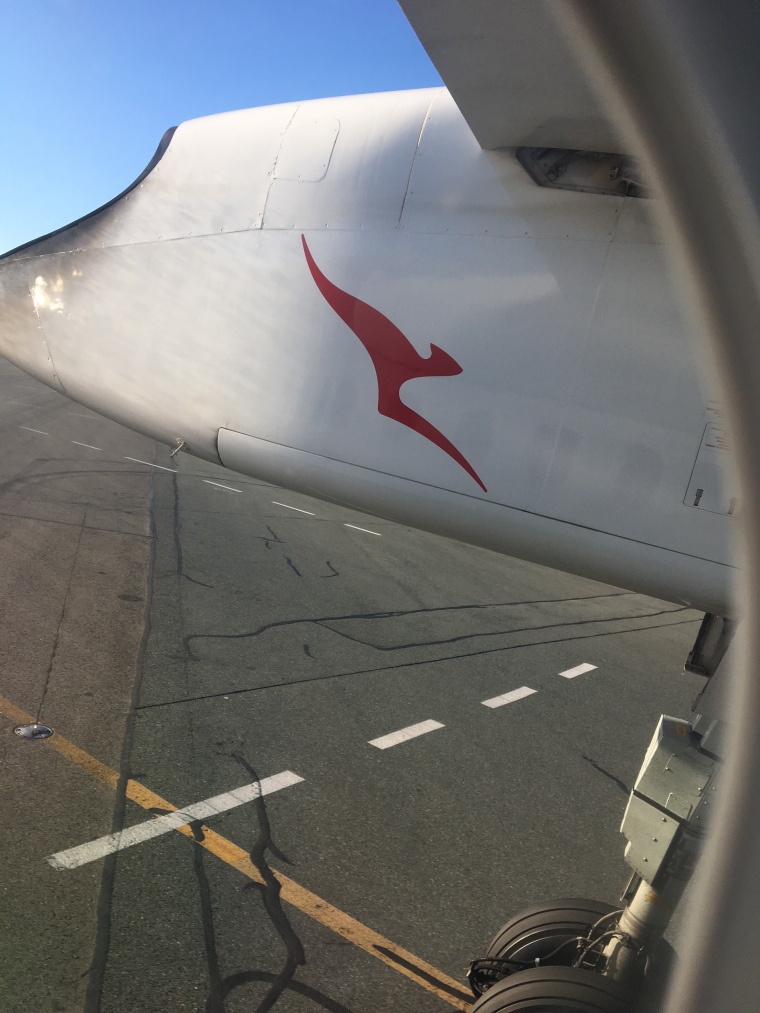 We felt kind of bummed out, I think, or at least somber enough that we didn’t take a selfie. I took a picture (above) of the wing of the plane that took us out of the Australian Capital Territory (ACT). I tried to spot kangaroos in the paddocks below as we ascended, but all I saw were tons of sheep.

We landed in Sydney less than an hour later, transferred to the international terminal, went through immigration, grabbed a light dinner, and boarded the big plane. Our seats – an aisle and a middle – were comfortable enough, and the person who sat by the window was small and slept almost the whole flight. 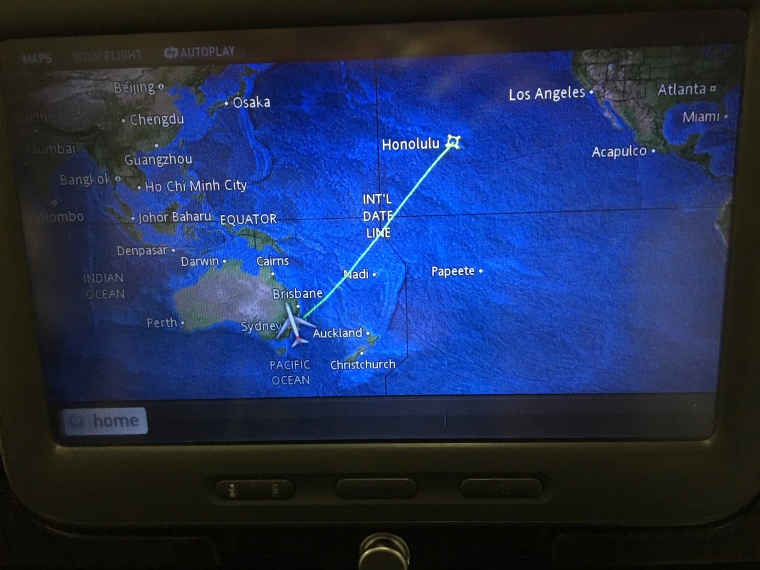 When the plane took off, I didn’t cry, but I strained to see every last light in Sydney as the dark Pacific approached. As the wheels had left the ground, I’d thought, “Thanks, Australia. I’ll see you again.”

I only managed to doze on the plane for about 90 minutes of the total 9+ hours. I can’t usually fall asleep unless I’m laying on my stomach. I filled out my immigration card and swapped my Telstra SIM card for my AT&T SIM card before landing.

When the wheels hit the ground in Honolulu, V and I exchanged anticipatory grins. Neither of us had ever been to Hawaii before. We didn’t feel rested, but we didn’t feel terrible either.

Slowly, we made our way through the people tube that commercial flying is these days. Off the plane, lugging carry-ons we were glad no one weighed. Onto a packed, humid shuttle. “Good morning,” airport personnel said. “Aloha.” Checked bags arrived and V loaded them onto a cart. We made our way to the rental car counter – within walking distance of the baggage claim, thank you sweet baby Jesus. We loaded up a fairly large SUV with our stuff, I re-confirmed with our AirBnB host that we could check in early, and then I proceeded to drive us 40 minutes across Oahu… on the right side of the road… for the first time in 2 years!

The driving was a little strange. I kept catching the right tires on the shoulder rumble strips; apparently I drive like an Australian at home now! It was a little difficult to center myself, especially in such a large vehicle, so I just drove with a lot of vigilance and everything went smoothly.

Then we arrived at our AirBnB cottage, complete with outdoor shower/dining room/lounge and private beach:

This is our front yard!!

We wanted to run into the ocean, but we realized we were going to crash soon, and since we were in a relatively remote area, we decided to be practical and go after some groceries. On the way, we ate the best Mexican food we’ve had in two years.

The combination of a long travel day, a heavy meal, and driving wiped me out, and I fell asleep for the rest of the afternoon, evening, and overnight, interrupted only by a brief regional power outage in which the cottage heated up almost unbearably before the situation was resolved. After all, Friday, August 2 was the longest day of our lives to date, lasting 44 hours and two seasons in total!

During our time here, we have plenty of beach time planned, but also ziplining, some hiking, a luau, and some tours, including of Pearl Harbor. I was pretty lackadaisical in chronicling our previous home leave in 2017, but I’ll try to do better this time! 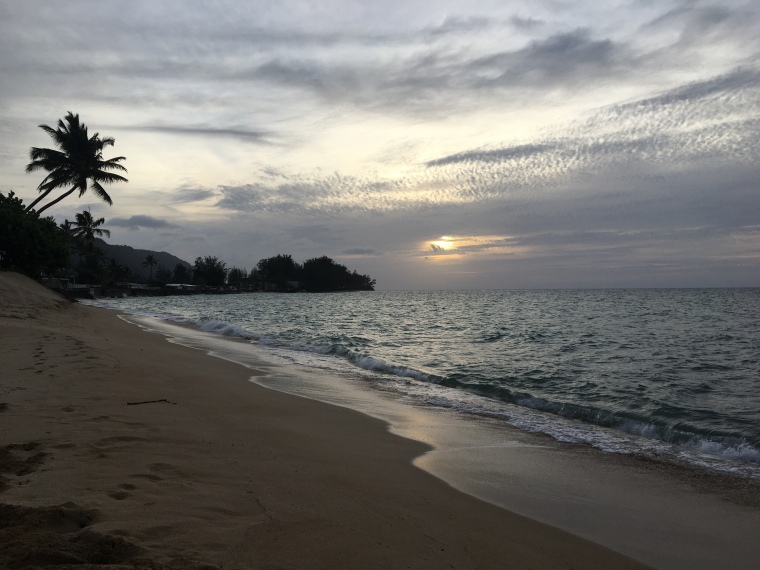 It’s wonderful to be back in the 🇺🇸!!!