Each year on April 25, Australians and New Zealanders hold a day of remembrance to honor their fallen service members. Anzac Day was originally meant to commemorate the Australian and New Zealand Army Corps (ANZAC) volunteer soldiers who landed at Gallipoli, Turkey on April 25, 1915. The battle at Gallipoli, sometimes also called the Dardanelles Campaign, was the first time Australian and New Zealand troops fought together in World War I. More than 11,000 ANZAC soldiers were killed and a further 23,500 wounded at Gallipoli. In the decades that followed, the holiday broadened to honor the fighting Anzac spirit that is a large part of the national identity.

All over Australia, Australians mark Anzac Day with dawn services, marches, and remembrance ceremonies, and reflect on the lives of those who persevered and died protecting the freedoms and values we enjoy. 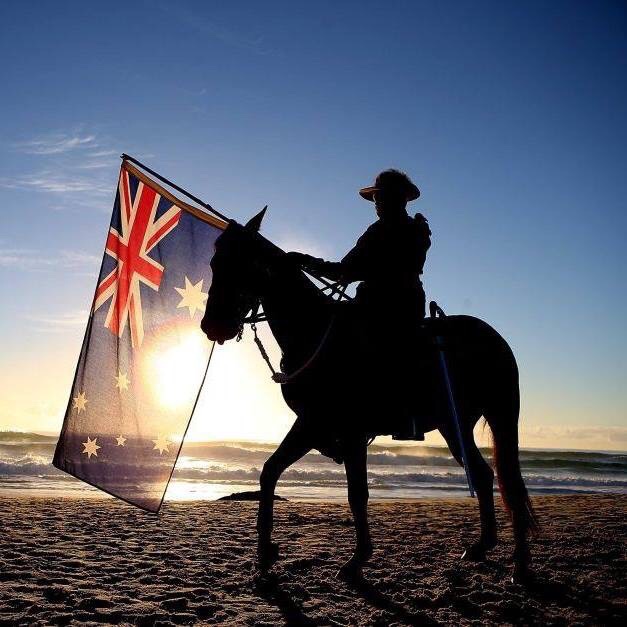 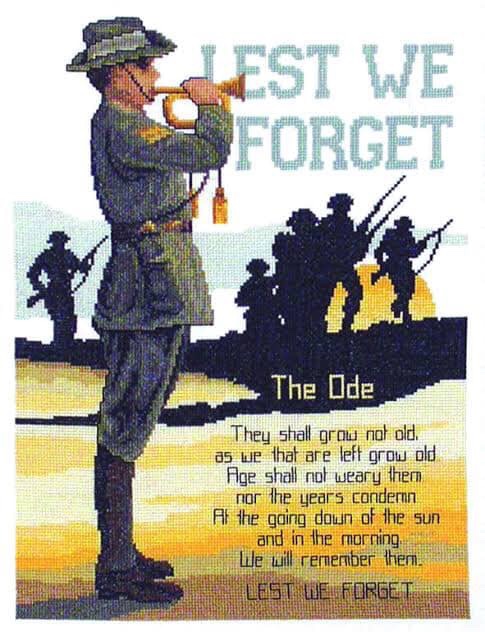 Australia established Anzac Day as a public holiday in 1916 and New Zealand followed in 1921.

Last year V and I attended the National Ceremony remembrance service held here in the capital, at Canberra’s Australian War Memorial. It began, as they do across Australia, with a male service member of Aboriginal heritage playing the digeridoo.

Although thousands of people were present, I was impressed that you could have literally heard a pin drop. Even small children looked on in silence. That was followed by the commemorative address, wreath-laying and hymns, the sounding of the Last Post, and observation of one minute of silence before the national anthem.

This ceremony is well-attended by foreign dignitaries and military members, including our American military attachés from the embassy. Last year’s remembrance was particularly memorable because a very elderly gentleman who had personal ties to the Gallipoli battle talked about it at length. (The last surviving Anzac died in 2002.) 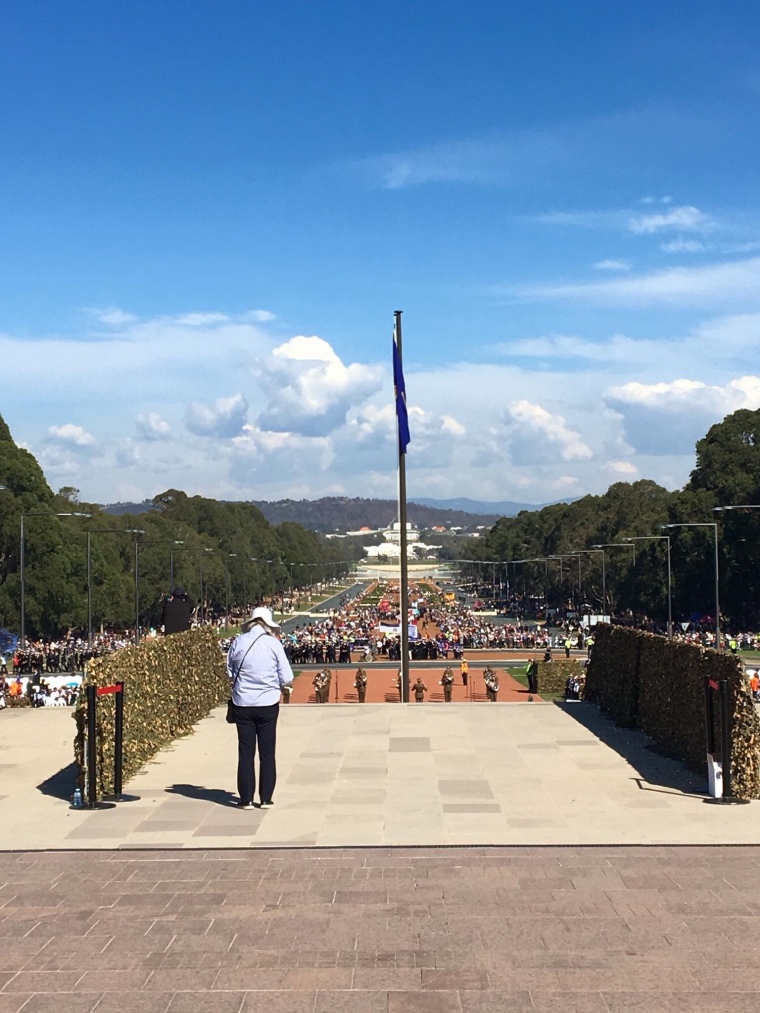 This year, I made a special effort to attend the dawn service instead. Dawn services began in 1923, but at that time were limited to veterans only for a stand-to. The ceremonies later became more inclusive, inviting the public and civilians to pay their respects.

For the Australians, it is especially significant to remember the fallen in the cool, quiet moments before the sun comes up; dawn services start at 05:30 to coincide with the original landing of the boats at Gallipoli. I haven’t experienced dawn services since 2006, and as it would be my last Anzac Day here for the foreseeable future, I woke up early.

I showered, pinned on a red felt poppy (which most people wear for Remembrance Day on November 11, but I figured it was OK to wear them for Anzac Day too after I saw Australian officials and older folks doing it), and left the house at 04:50.

I arrived near the memorial at 05:05, and still had to park a 10 minute walk away. There were just thousands upon thousands of people flooding in from every direction. I knew there would be, but the breadth of the crowd still stunned me. (Later I found out there had been an incredible 35,000 people in attendance. You can read the program description here.)

I made my way to the memorial, followed the flow of people up the gently sloping, grassy hillside, and stood in the crowd. It was dark, and I was scarcely able to make out any faces. All I could tell were genders and approximate ages of the people in front of me. I could also smell cologne and perfume; it honestly did not look like a single person had just rolled out of bed and shown up.

The morning sky was black and dotted with diamonds, with the crisp and cool air of a southern hemisphere autumn. The readings that had begun at 04:30 ceased, and we waited five minutes in silence for the dawn program.

From a distant perch, a pair of kookaburras cackled and hoo-hooted like hyenas. Brilliant white sulphur-crested cockatoos dotted nearby eucalypts, screeching occasionally into the silence like aggrieved pterodactyls as they flung themselves from branch to branch. I listened to the program and I could feel the spirit, the courage, and the bravery of the men running onto the battlefields.

Their sacrifice is not forgotten.

After the ceremony ended, I walked back to my car. On my way to the gym (might as well at that point), I dropped by a favorite local coffee shop to get some caffeine into my system.

Although it can be hard to find someplace open really early in Canberra, never mind on a holiday surcharge day, the café was packed with people already having breakfast before 07:00. I saw some older men in uniform and wearing medals, proudly coming in with their families.

Some Aussies – after solemn ceremonies and family brunches – will head to a pub for a raucous game called “Two Up.” It involves a “spinner” tossing up two coins and players calling out whether they will land both heads, both tails, or one of each.

I don’t recall ever playing myself, but I find it a little hilarious that because this game is technically considered gambling, there are strict laws governing where, when, and how it can be played. Most of these rules are bent for Anzac Day, though, and most people find it really fun and filled with the spirit of camaraderie. (That’s probably why soldiers played it in the old days, too!)

If you have an opportunity to attend an Anzac Day ceremony, I hope you will take it. It is a very poignant, moving experience.

We Shall Keep the Faith

Oh! You who sleep in Flanders’ fields,
Sleep sweet – to rise anew,
We caught the torch you threw,
And holding high we kept
The faith with those who died.
We cherish too, the poppy red
That grows on fields where valour led.

It seems to signal to the skies
That blood of heroes never dies,
But lends a lustre to the red
Of the flower that blooms above the dead
In Flanders’ fields.

And now the torch and poppy red
Wear in honour of our dead.
Fear not that ye have died for naught
We’ve learned the lesson that ye taught
In Flanders’ fields.