During the first week of October, I was fortunate enough to travel to Hyderabad, India to attend a work-related conference. The conference was hosted by U.S. Consulate Hyderabad and our regional South and Central Asia bureau, and specifically targeted at first and second tour (FAST) officers, meaning new diplomats on their first or second overseas tour. I went with one of my Embassy Tashkent colleagues, K, and as we flew over Iranian air space between Tashkent and Dubai, I thought how nice it always is to change the scenery.

It was my first time ever in India, and I was expecting that all of my senses would be overloaded. And they were.  As soon as we left the airport, the warm, humid, fragrant air was an immediate signal that I was somewhere unfamiliar.

We went to our hotel, where I was delighted by the spectacular amenities, including a marble walk-in shower and a large soaking tub. The customer service and efficiency of the hotel staff was amazing. Big props to the Trident Hotel.

There were a lot of things I enjoyed about India during my short time there. Seeing a new place and observing a new culture, while having the chance to associate with my colleagues and peers who I don’t see that often, invigorated me. We worked in sessions each day, but in the evenings we went out on the town in groups, and I also treated myself to a massage, pedicure, and some alone time. A couple of days before my flight, I’d hurt my back, and still also couldn’t wear more than a loose sandal on my left foot, so I was moving kind of slowly, but still happily.

People in general in India seemed so friendly and open, and curious. Everywhere we went, there was a gaggle of little kids wanting to take a picture together. And people queued!! It had never occurred to me before that I might want to live in India, but I have to admit that I did start to consider it.

How this works at highway speed I cannot imagine, but it seems to 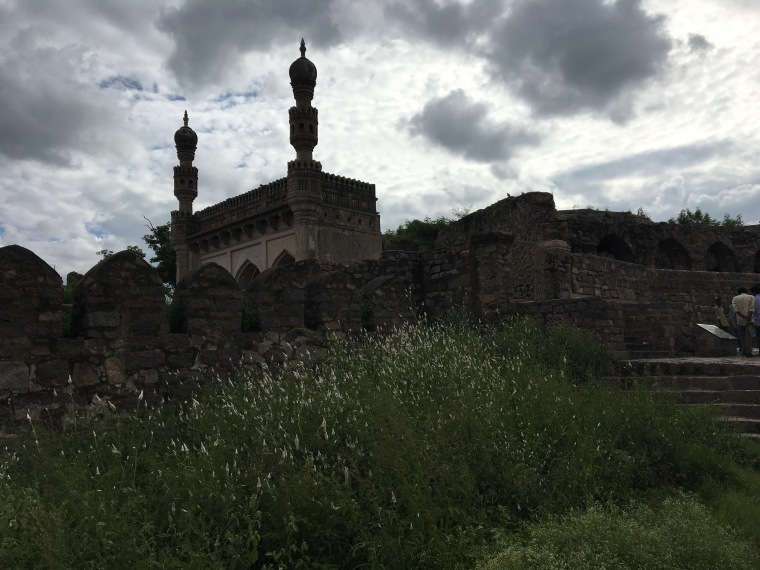 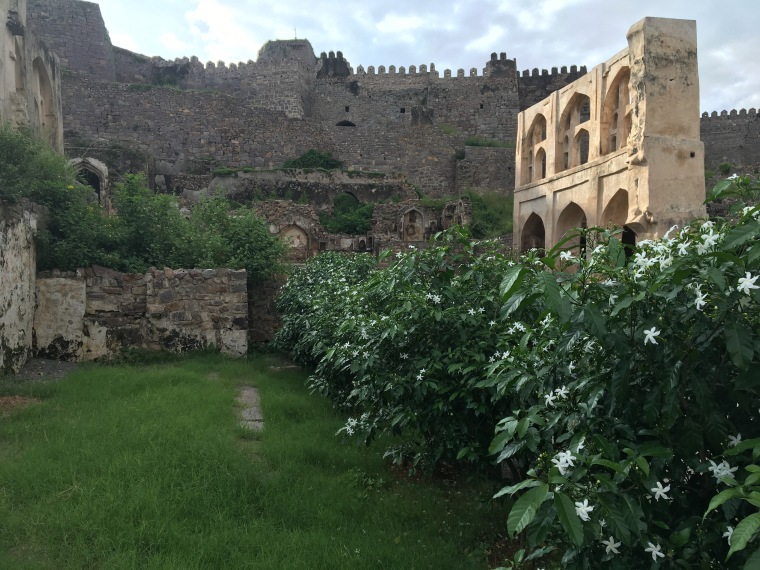 The beautiful Gulkonda Fort, which we hiked to the top of… 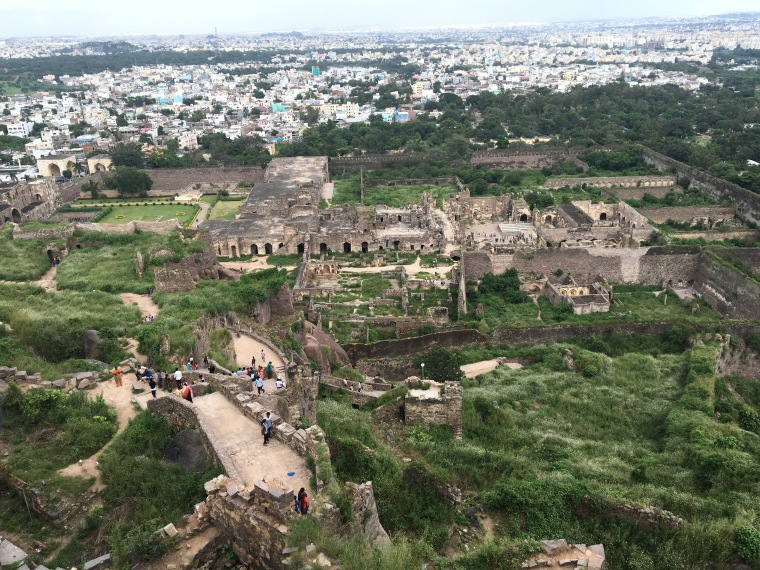 And when we started to walk down, it looked like this!


There were also plenty of opportunities to delight ourselves with spicy Indian food!

My stomach was angry, but my heart was happy!

The traffic in India was like nothing I’d ever seen

I always had little friends wherever I went

Shopping and culture at the Shilparamam market, where I found a beautiful dress and some sandals!

One of my blog readers, who I’ve not met, shared with me that one of the reasons she likes to read my blog is because it’s more than just a travelogue, which a lot of Foreign Service blogs do seem to become. There is definitely more to this lifestyle than traveling (although that is a huge part of it), and everyone knows that it’s boring to just look at other people’s vacation pictures. There are a lot of things about my life and being a diplomat that I don’t discuss publicly, and I’m not totally caught up on my travel posts – but I will make my next post about some interesting things that have been going on in Uzbekistan. If you ever have a question or something that you want me to discuss, please comment and let me know, or send an email to askcollectingpostcards@gmail.com. Cheers!